Hotel Tech Spend Up But Gap Widening Between Chains and Independents 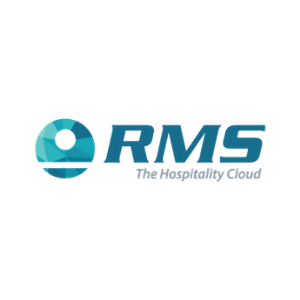 Hoteliers are stepping up their overall investment in technology – new property management systems top of the software shopping list – however research reveals independent operators are falling behind in the tech arms race.

According to a survey of 1200 hoteliers by Expedia: “Chain hotels are nearly twice as likely as small independent properties to prioritise technology investment.
“Alternatively, small independent properties are 1.5 times as likely to as chain hotels to prioritise room renovations – indicating a gap in technology investment strategies between different hotelier segments.”

Alex Moxey, director Market Management, Expedia, say this trend has significant long-term performance consequences.
“Technology has the power to level the playing field for hoteliers of all sizes,” says Moxey.
“We’re witnessing chain hotels place significant investment in technology, which opens the potential for a greater divide between properties that are not able to match those investments.”

Tech Budgets on the Rise

This finding supports earlier research in the Lodging Technology Study 2019 conducted by the Hospitality Technology website.
It revealed that 54 per cent of hoteliers surveyed planned to increase their tech budgets this year while just 8 per cent said they’d spend less.
The average technology investment by hoteliers as a percentage of revenue is 4.6%.
Hotels with ‘heavy’ tech budgets (over 6% of overall revenue) doubled from 2017.
Midscale and upscale properties spent more on technology than any other category while budget operators came a long way last.

“The list of hotel (IT) challenges could really boil down to three basic friction points: lack of budget, lack of skill and general frustration around ‘I know what I want, I’m aware of what I’m facing and I’m not getting the support I need‘ ” the Hospitality Technology study said.
Meanwhile more than half of the independent hoteliers surveyed by Expedia nominated cost as the key barrier to upgrading technology.
“Nearly half of the small independent hotels surveyed indicated that technology investment decisions are based on affordability and value.”
“In contrast, more than half of the chain hotels prioritise technology that seamlessly integrates with their existing systems.”
Complexity was also an issue with one in four independent hoteliers citing it as their biggest challenge. 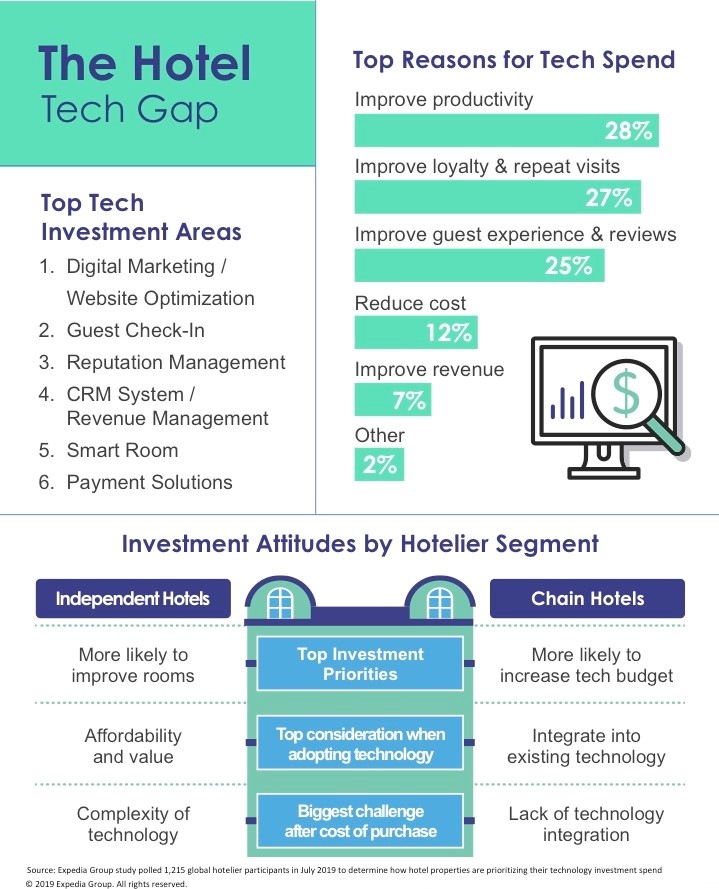 No Excuses for Underspend

Ted Horner, a technology consultant from Sydney, was surprised by the findings and says neither cost nor usability should be an impediment to tech adoption.
“Cloud based SAS systems have made it easier for the smaller hotels to compete with the big boys,” he says.
“Costs have come down significantly over the past few years and as a result we’re seeing far greater churn as hotels move systems more than ever before.”
Peter Buttigieg, Managing Director at RMS Cloud, urged independent operators to re-think their relationship with technology.
“Effective use of technology can reduce costs and increase productivity which in turn can lead to improved revenue, which can then be reinvested back into the property,” Mr Buttigieg said.